We created a beautiful Memorial Garden in the historic heart of the village where local people and visitors can sit and relax, meet their neighbours and remember their loved ones. It provides the community with a place of peace, suitable for quiet and semi-private reflection. The garden has its own distinct sense of place but also complements the church, the abbey ruins and the wider churchyard setting.

A Place to Reflect

The garden was completed in early 2019 and this is what it looked like (photograph courtesty of The Wotton Times): 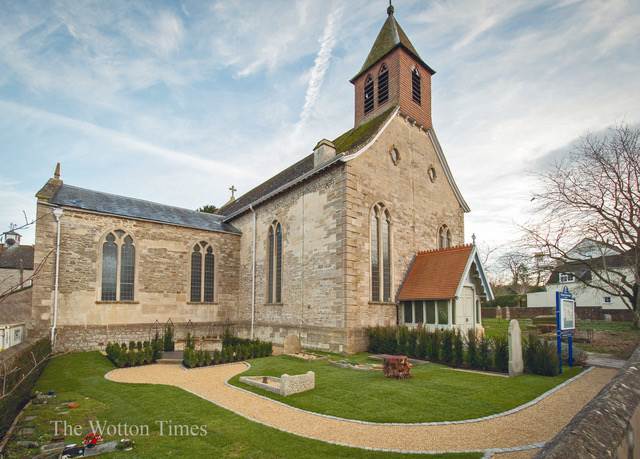 The Bishop of Gloucester, the Rt Revd Rachel Treweek, opened the garden on 7 April 2019 as recorded in video.

Photographs of the Newly Finished Garden

Click on the arrows at the top-left and top-right to view all the images.

Background - Making the vision a reality

An overgrown and untidy area of the churchyard had the potential to be transformed into a beautiful space. The selected ground is bounded on two sides by the walls of the Church, and on the third side by a stone wall. The fourth side is open. This is what it looked like: 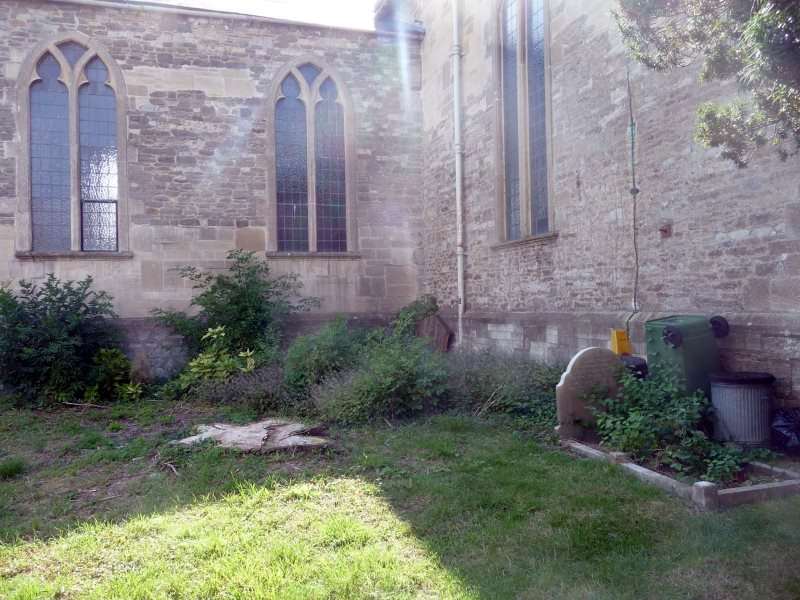 In early mediaeval times, this north-facing side of the church was regarded as the “Devil’s Side” and no decent person was buried there. It was also the coldest side of the church. Although the notion of the “Devil’s Side” has long since been swept away, the north side is still often a neglected part of any churchyard with unattractive vestry annexes, boiler houses, crumbling masonry and rusty rain-pipes. In the case of St Mary’s, rubbish bins, cast out notice boards, weeds and scrub could be found here too.

In 2015 the PCC approved in principle a project to create a memorial garden here, provided the funding required was raised in a project separate from other church activities. There was considerable interest and support for this garden as a joint church/village project, to which some of the village organisations would be likely to contribute. The PCC branded the project either as a kind of memorial to village/church history (in the manner of a Millennium Garden) or a Reformation Garden: 500 Years of Protestantism. There was also the earlier presence of the Abbey to incorporate.

The site slopes from the Church nave to the stone wall. Except for the ground in front of the nave, which is very moist, it appears to be well-drained. The high church walls and a very tall, Irish yew, with a wide canopy, cast considerable shade over much of the area, especially in winter. It faces North and West. There are 3 visible grave stones; and possibly others which have become buried over the course of time.

The sunniest part of this churchyard is bounded by the High Street and the lane, and is used as a garden for the placement of ashes and memorial plaques.

We asked local people what the garden should be like. Several designs were submitted and in the early part of 2016 were put on public display in St Mary’s Room. The ideas were considered by the PCC and turned into a professional drawing by landscape designers Portus + Whitton of Cirencester. After going through a number of versions, this was the final proposal: 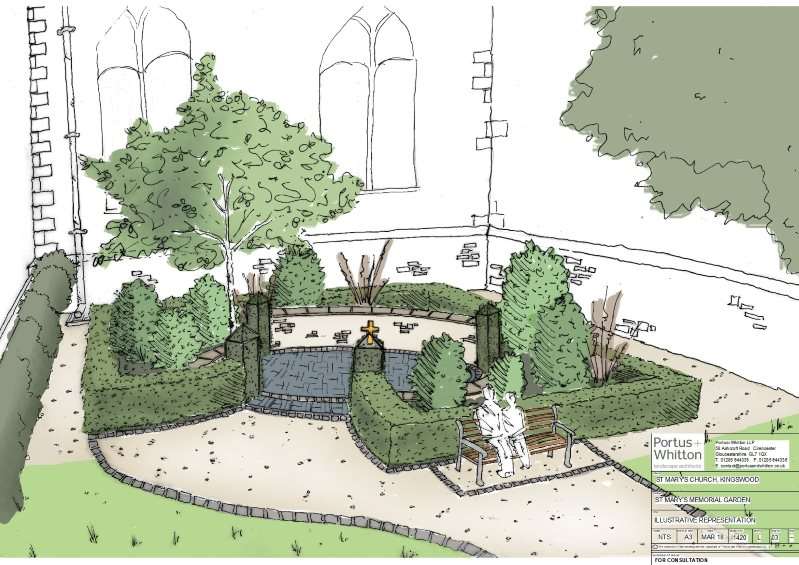 Members of the Memorial Garden committee worked tirelessly on this project, fitting the design to the ethos of the Garden, deciding on its construction and best materials, obtaining a Faculty from the Gloucester Diocese, and raising funds, among a great many other things.

There are also ideas for future enhancements. For instance, to embed on each side of the path, which runs from the church gate to the entryway of the Garden, a mosaic timeline that highlights the history of the village of Kingswood and St Mary’s Church. The timeline is a project which might involve our local schools.

The National Lottery awarded the PCC a grant of £9,715 through the Big Lottery Fund.

We received donations from Renishaw, The Resilience Centre, All Churches Trust, The David Thomas Foundation, our local Kingswood Village Association, Kingswood Parish Council and many individuals who have contributed generously to the Fund.

We extend a warm and heartfelt thanks to everyone who donated to the Memorial Garden Fund without whom the Garden would not have been possible.